PRIVACY: Any data provided by users is deleted and not saved or shared. This site does not use cookies.

A warm welcome awaits,  meet friendly like-minded owners, share your photos, tell others of your experience and get the latest news from the resort and other owners 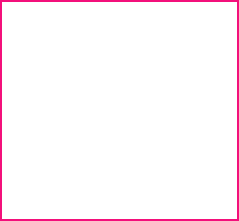 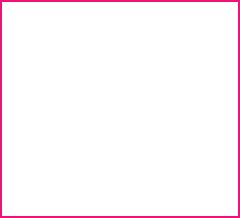 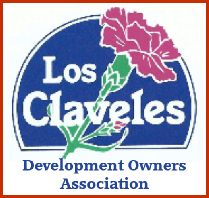 Owners will have recently received an email from Mr Fletcher titled:

‘Club Chairman responds with the facts to the outrageous comments made by those with something to gain’.

Here we fact check the claims made by Mr Fletcher. Paragraph numbers relate to the same number in Mr Fletcher’s original email

Albert Fletcher:
Ownership of shares – More than 25% but not more than 50%

The discussion of his Limited company has never been agreed by club owners. In fact, the second arbitration rejected all actions taken through AGMs and meetings. This arbitration ruling Mr Fletcher tried to block owners from seeing.

All owners both club and Escritura are members of the Development Owners’ Association. For this reason and to provide correct and accurate service to all owners, DOA holds the database with all the personal data collected by WimPen with full permission from owners who provide their personal data. Many of such owners don´t want Mr Fletcher to use their data separate from WimPen/DOA. Under the statutes of the DOA, WimPen hold a database on behalf of the DOA so are entitled to write to owners.

Following recent DOA AGM and SGM, all owners, Club and Escritura, agreed by an overwhelming majority that WimPen collect fees on behalf of the DOA into a single bank account, as it has been done since Los Claveles was opened.

As Mr Fletcher refuses to engage with discussion about the resort it is not unreasonable for the president and Escritura rep to agree in principle a 6% increase in fees, to be confirmed at the AGM.

As contracted administrator for the DOA, WimPen are entitled to be paid by the DOA for their services.

FNTC were entitled to require fees while they were providing a Trustee service. They were paid from Community funds.

WimPen do not claim the membership is not legitimate. FNTC, as the original trustee for the Club, has confirmed all memberships throughout all these years

Owners are obliged to pay maintenance fees to the DOA Via WimPen. Weeks cannot be banked with RCI until those fees are paid.

WimPen issued certificates are legal and in force.

Under the DOA Statutes, WimPen, as administrator for the DOA, is responsible for the management of all villas.

WimPen is administrator for the DOA under an agreement currently in force. For the Club, WimPen was administrator whilst the agreement was in force, ending 2017.  The arbiter did not agree or confirm the dismissal of WimPen and the report states that the matter was outside of his remit.  Meaning it was beyond/not any subject of his ruling.

The Arbiter denied the resolution Mr. Fletcher wanted to remove WimPen from the Club Committee by not recognizing WimPen as Founder Member and the Company that has the right to appoint two permanent members in the Committee. Any attempt from Mr. Fletcher for the removal of these two members is not possible.

Also, the Club has absolutely no jurisdiction over Escritura owners. The club constitution does not apply to them. Both club and Escritura are part of DOA and collectively come under the DOA statutes.

The Club does not run the resort nor could it, there are Escritura owners as well as club members. The DOA handles all contracts for employees and contractors

The award granted in the first arbitration was never properly enforced before Spanish Courts just because Mr. Fletcher didn´t want to. This award needs to be enforced and confirmed by Spanish Courts in order to protect owner´s interests.

Some companies legitimately purchased and paid for the weeks in their ownership with full approval from the Trustee and pay their fees every year.

Finally, as President of the DOA, I strongly support f the holding of an SGM where all parties at Los Claveles may produce their proposals for the appointment of new members of governing bodies, including Club Committee members. I am aware that a huge majority of Club owners have requested Mr. Fletcher to call a SGM but he has repeatedly denied.

Mr Fletcher suggests WimPen will be dislodged, he is wrong, WimPen are here to stay.